The last time I went backpacking, I barfed. My boyfriend had no choice but to take me seriously now. My system just can’t handle the processed crap-in-a-bag that he has had no problem eating for years. I needed healthy freeze dried backpacking food.

I had serious food concerns before we even left on my inaugural backpacking adventure. I had never eaten dehydrated backpacking food before this and my grocery shopping trip to REI had been troubling—not just because I’m a legit food snob, but because there were almost no meals that didn’t contain autolyzed yeast extract, a nasty little flavor enhancer that wreaks havoc on my body. They also all listed various unpronounceable chemical preservatives in the ingredients, which was enough to put me on edge. 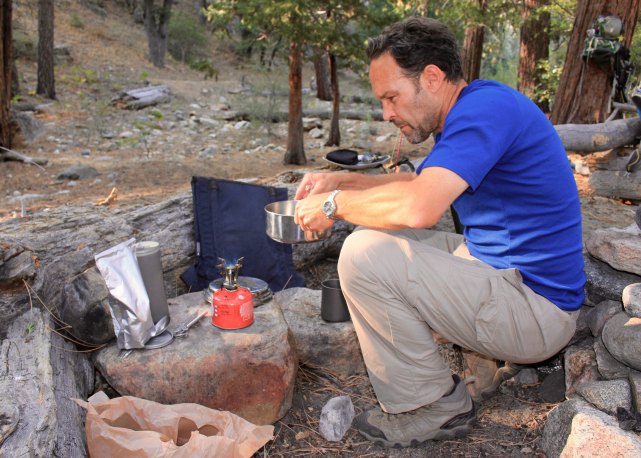 With every spoonful of reconstituted White Bean Chicken Chili I choked down on my very first backpacking dinner, my body seemed to say “Oh, hell no.” Unfortunately, I had no choice but to ignore it in the name of hunger. Six hours later, in the darkest of nights, my body rejected every single salty bean. Hence, my mission to find healthier alternatives for future backpacking meals.

Good karma connected me on to Valley Food Storage just in time to get me some healthy freeze dried backpacking food in time for my second mini-backpacking adventure to the Golden Trout Wilderness.

Based in Utah, Valley Food Storage is a small company founded by two guys who decided to do something about the shortage of healthy freeze dried backpacking food on the market.

They worked with food scientists to create dehydrated meals that contain only quality natural non-GMO ingredients, not one of which is a preservative or flavor enhancer. They use a nitrogen flushing process that results in a 25 year shelf life without chemicals. There are dairy and gluten free options for those (like me) with dietary restrictions. 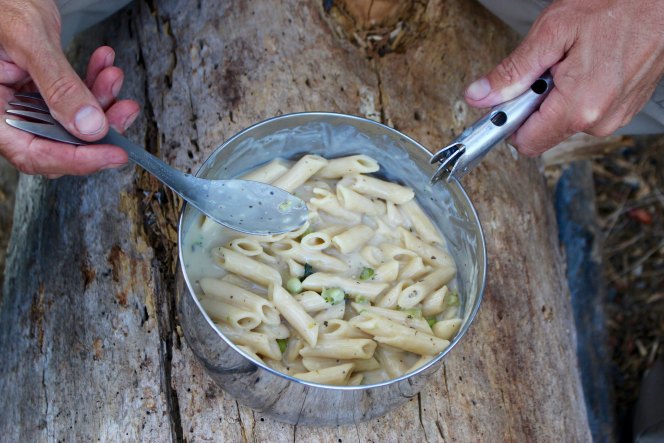 Let’s just say our first campfire-lit dinner was divine—Pasta Primavera with peas and an Asiago cheese sauce. Although I wouldn’t recommend it for anyone needing to conserve fuel (it took a long time to cook), it passed every other test—it was delicious, the pasta was excellent quality and, best of all, it didn’t cause a single side effect.

The next morning’s breakfast—Maple Brown Sugar Oatmeal—was equally delicious and kicked Quaker butt. It was hearty and not too sweet. Often when I eat store bought oatmeal, I’m starving within a couple hours. That was not the case with this one.

Note that the packages typically serve five people. We mixed up both packages well, split them in half, and put them in Ziploc bags with no problems. Just don’t forget the cooking instructions!

I am not exaggerating when I say that Valley Food Storage’s healthy freeze dried backpacking food has renewed my enthusiasm about backpacking. There’s nothing worse than feeling like crap when you’re lugging 30+ pounds on your back and dealing with the challenges of high altitude. I felt fabulous after this trip, even kicking some boyfriend butt hiking up a mountain back to our car.