Skip to content
VIRGINIA: One Day in Virginia Beach

What to Do for One Day in Virginia Beach

In the summer of 2011, I somehow convinced my almost 13-year old daughter to embark on a 50-day road trip in search of adventure, fun, and coming-of-age wisdom from women around the country. To get her to agree to leave her bosom buddies for an eternity, I was bound to one term—“There shall be NO learning in the summer.” I agreed…with my fingers crossed behind my back. I knew that we would both learn invaluable lessons on this trip whether we liked it or not! We launched our Retro Advice Road Trip from San Diego and cruised the highways and byways around the perimeter of the U.S.—until Day 45 in Seattle, when my girl ran out of gas.  This is the story of one of our stops — one day in Virginia Beach, Virginia. 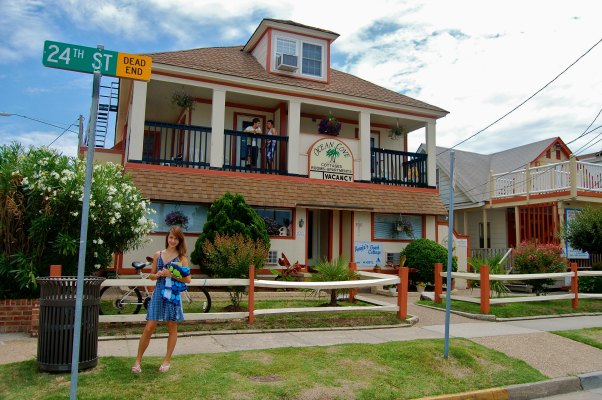 We left Savannah hoping that the East Coast would offer us some respite from the suffocating southern humidity. (Sometimes it did, sometimes it didn’t. I’m thrilled to report that in Virginia Beach, it DID.)

By Day 12 of our road trip, we had the departure routine down. It began with a 6 a.m. wakeup call (which usually became 6:00-ish) and was followed by an abbreviated makeup and hair session, the challenge of getting our bags TO the Mini Cooper and IN the Mini Cooper, and a drive through the nearest McDonald’s for an Egg McMuffin and an instant oatmeal.

As we stared at the colorful menu at a McDonald’s just outside of Savannah seemingly for the first time, my girl marveled:

Virginia Beach was home to a trustworthy Hostelling International hostel just a half block from the beach sparing me some pre-trip accommodation reconnaissance. But, I was a tad nervous about Angie’s Guest Cottage. I live in a beach town and I’ve seen some pretty nasty hostels with a steady stream of inebriated 20-somethings flowing out the front door. But, they weren’t Hostelling International hostels.

After I scrambled to find a functioning ATM to cover the $40 key deposit, co-owner Ron took us on a tour. Granted, my girl and I are still very much hostel rookies, but this place made us both smile. It was quaint, clean, secure, and very much a source of pride for Ron.

Our room was perfect—there was a double bed (for me), a futon (for the girl), and a tiny bathroom, kitchenette, and air conditioner (for both of us).

Since most of Day 12 was spent on the interstate, we only had a little time to explore our neighborhood (and do a little mom-daughter shopping) before the sun went down.

Hmmm…it was awfully familiar. A huge beach with umbrellas and bodies on one side, retail on the other, and roaring navy jets above. My daughter even had a get-together planned with a classmate whose recently moved here from our home (military) town.

But if I looked deeper, it was clear we were in an alternate version of our little California beach town. At home, we see beautiful blond-haired blue-eyed children selling lemonade on the street corner…here we watched a street performer hammer an eight inch nail up his nose. At home, the main street is lined with designer boutiques and art galleries…here hermit crabs and temporary tattoos are the hot commodities. 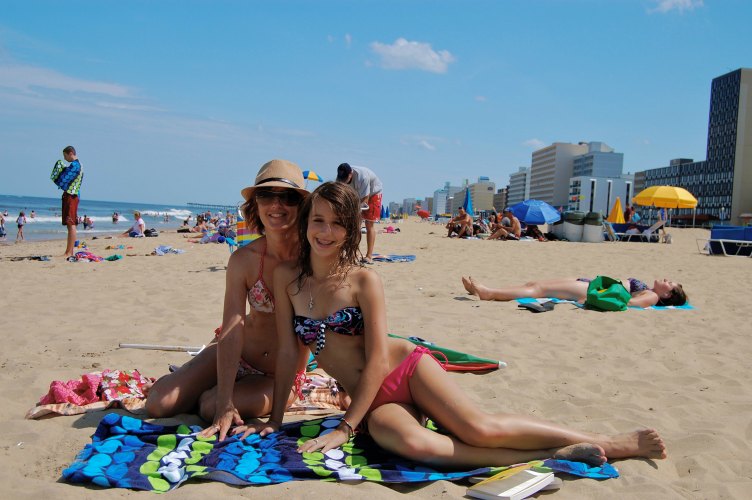 We filled our one day in Virginia Beach to capacity.

Our fast-paced departure mornings had us totally prepared for the 10 a.m. phone call from the paddle board tour guide from Tula Sports letting us know he had space for us on his 11 a.m. tour. We jumped, we dressed, we brushed, we ate, we drove—and had five minutes to spare!

Our tour would take us paddling on the calm waters of Broad Bay and Long Creek in First Landing State Park. My good weather karma briefly returned as evidenced by mild temperatures and a proclamation by our guide that the weather has “never been quite like this before. Like ever.” At first, we were grateful for the wind.

It was stunning in every direction. Beneath us were tons of billowy white jellyfish, above us the sun shown in a crystal clear blue sky, surrounding us was a mix of natural parklands, sprawling estate homes, and a shore whitened by crushed clam shells. Birds of various shapes and sizes accented every direction but under.

Before we knew it, it was time to paddle back to the bay…against the wind. Thank God for the wisdom of our tour guide who enlightened us that a sitting body is more aerodynamic than a standing one. We kneed it the entire way back.

After a fried green tomato sandwich (for me) and a shrimp pizza sans shrimp (for the girl) at a forgettable restaurant, we roasted ourselves on the beach for the rest of the afternoon. When we were done, we were done—so thankful we were only a half block away from our very own air-conditioning.

One moment of our beach session will very likely be forever burned into my brain—the one where my girl discovered my arms.

Are my arms going to be like this when I’m older? I like them…they’re really soft. They kinda remind me of Grandma’s toes.

“Normal weather at last! Virginia Beach is where we finally had a chance to cool off and relax. Nothing was rushed and it was pretty easy going. I was not so excited about staying in another hostel, but this one was surprisingly nice. We had our own bathroom, kitchen, AND a TV in our cute little cottage. We didn’t have much time the day we arrived so we just took a short walk along the boardwalk and wandered through some shops. 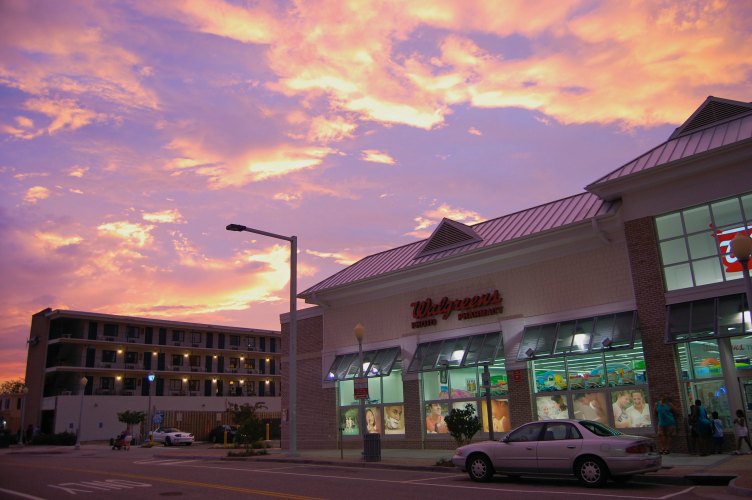 The next day I was jolted awake and told that we were going paddle boarding on the bay. I slipped on my bathing suit and ran to the car hoping we would make it in time. We did and quickly headed out to the water with our boards. It was a nice little paddle…but, hard at times when the wind kicked up. By the end, I was pooped and starved. After a nice lunch, we decided to relax for a while so we grabbed our beach towels and the hostel’s umbrella and walked a half block to the beach. We laid out our towels and planted the umbrella…the umbrella didn’t last long in the blowing wind. After sitting for awhile in the baking sun, I had to find some way to cool off. I found it! I asked my mom for three dollars so I could slide down a four story inflatable water slide. Very refreshing! We only lasted an hour-and-a-half at the beach because the sun was cooking us like bacon. The rest of the day wasn’t too exciting…I took a nap, watched TV, had dinner, and fell asleep again. The next day called for a new adventure…”