Skip to content
CALIFORNIA: Cool Things to Do in Santa Ynez Valley

Cool Things to Do in Santa Ynez Valley

Ahhhh, a long weekend with a girlfriend sans disgruntled teenagers. The moment the plan was solidified, I starting searching for cool things to do in Santa Ynez Valley.

Even the joy of driving my manual transmission Mini-Cooper can’t override my aversion to L.A. traffic. Thank God for Amtrak. TTT (Total Trip Time) would be almost equivalent as driving, but I expected QTT (Quality of Trip Time) to be far superior. Unfortunately, traffic on the tracks delayed us by over two hours.

Almost eight hours after leaving downtown San Diego, the train pulled into the Goleta station where my girlfriend met me with a culinary plan ready to put into immediate action.

Although starvation tends to skew one’s perception of food quality, our shared meal of baby organic greens with shallot dressing and fish tacos at Firestone Walker Brewing Company in Buellton was legitimately delicious.

My friend’s recommendation of Solvang Gardens Lodge was a winning one. Quaint and quiet, it was a quintessential country-style motel within walking distance of the town windmill. My roomy one-bedroom suite came equipped with a sizable kitchenette with dining area, tiny living room, TV, patchwork quilted queen-sized bed, a BIG bathroom (complete with two sinks, tub, shower, and foot heater!), and electric fireplace. 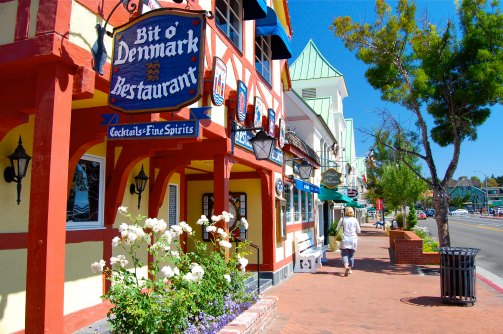 Before I set out to explore the Santa Ynez Valley, I wanted to know a little bit about my temporary hometown. I flipped through the Solvang’s Visitor Guide sitting on my coffee table and learned a few things.

Nicknamed “Little Denmark,” Solvang is known as one of the top five “Domestic Destinations with International Flare” by Orbitz Worldwide Travel.

This unique town was settled in 1911, by a group of midwestern Danish immigrants who purchased 9,000 acres that reminded them of home. They established a close knit community where they clung to Danish culture—architecture, language, literature, dancing, music, cuisine, etc.—while assimilating to life in America. New Danes were lured to cross the seas by a reputable folk school that kept tradition alive in the younger generation—Atterdag College (now Atterdag Retirement Home)—and Bethania Lutheran Church.

I was an honorary regular this morning at “The Office”—the name given to Solvang Restaurant by my friend’s sister, who comes here daily for breakfast. This self-proclaimed “Home of Everything Aebleskiver” is a diner with an international twist—the servers don Danish-style uniforms and the booths are carved in wood instead of wrapped in vinyl. It’s the only place you can taste an “aebleskiver.”

Neither my friend nor I were brave enough to infuse ourselves with so much sugar this morning, so we opted for Danish pancakes and sausage and planned our next in a few more afternoons (before they closed at 4 p.m.).

Next stop was Family Farm #1—Apple Lane Farm (now closed)—home to Peg and Ted Lane, orchards lined with Gala, Golden and Red Delicious, Fuji, and Granny Smith bearing trees, one frisky cat, an adorable Boston terrier, and a feisty pug. The love behind the labor is visible everywhere you turn.

Just up the road was Family Farm #2—Quicksilver Ranch—home to one of our planet’s most adorable creatures. Owners Aleck and Louise Stribling are passionate about their mission of breeding award-winning miniature horses, which do not exceed 34” in height. 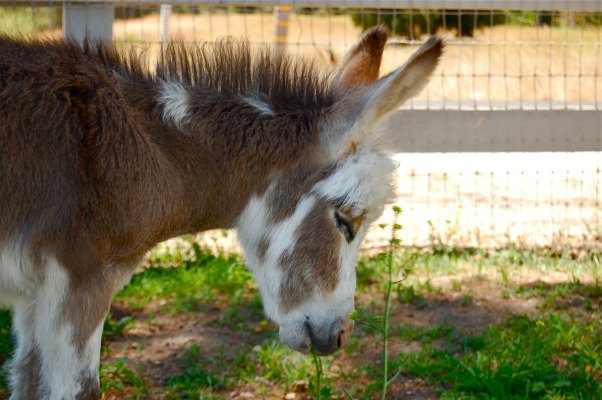 We almost passed Family Farm #3—Seein’ Spots Farm. The owner welcomed us warmly to her pasture full of miniature donkeys. This would be a fabulous neighbor to have. Any time you’re feeling down, all you’d have to do is pop over for a visit and watch the babies frolic. You can’t help but laugh. (Many of the donkeys are rescues, so be sure and make a pit stop at the donation container on your way out.)

We continued to drive without any particular purpose, eventually ending up in Los Olivos. This peaceful and artsy small town just begged for us to stay awhile. So we did—on a bench sipping gourmet iced tea and catching up on the past 40 years.

Family Farm #4 offered a different variety of visual pleasure. Clairmont Farms grows lavender and shares the crop in the form of soaps, oils, lotions, salts (culinary and bath), teas, and more. We just missed the peak of the flowering season, but the smell was a decent consolation prize. If I closed my eyes, I could almost believe I was back in Provence.

While we cruised along the country road toward Neverland Ranch, I understood why Michael Jackson chose this place to live. Expansive golden fields were accented by majestic oak trees and black cows. Symmetrical lines of hay bales and wineries created the occasional stunning diversion. It was hard to imagine this peaceful place invaded by the hordes of people who journeyed here after Michael’s death. This afternoon we were one of only several visitors milling about the gates reading the thousands of messages written on the rock walls and driveway stones.

Forget wine tasting—I’ll rather taste produce! Crisp apples, sweet peaches, and juicy berries…oh my! Lucky for me it was summer when we stopped by Family Farm #5. Buttonwood Farm is known for their peaches and oh what peaches they are. My taste buds were buzzing by the time we pulled out of the driveway.

Next stop was Nojoqui (‘No-ho-kwee”) Falls County Park to peek at a waterfall. It was towering, albeit not rushing in the heat of summer. A wonder nonetheless.

Each of the four towns we’ve visited—Buellton, Solvang, Los Olivos, and Santa Ynes—have their own distinct spirit.

Buellton’s strip malls filled with grocery and drug stores, discount gas stations, and even a movie theater, fulfill the practical needs of visitors and locals alike.

Solvang lures the hyper-tourists with its well-preserved Danish culture and abundant stores full of trinkets.

Santa Ynes is the cowboy of the bunch with faded wooden store fronts housing authentic saloons and other western-themed shops. 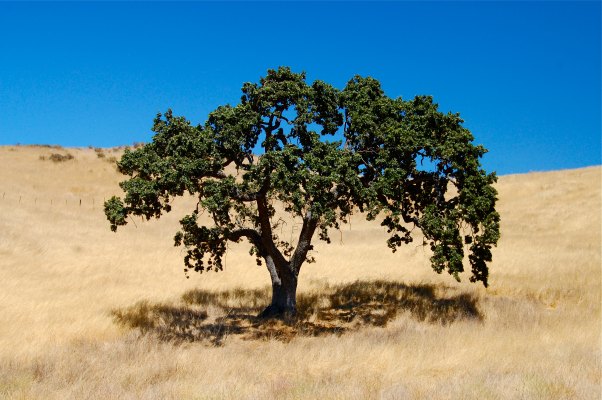 Tonight I was treated to the opening night production of West Side Story put on by the Pacific Conservatory of the Performing Arts (PCPA).

The stage was the open-air 700-seat Solvang Festival Theater, which was constructed by Valley residents about 30 years ago (in just nine weeks) to provide a worthy stage for the only professional theater company on the Central California coast.

Having been to several Broadway plays in New York City, countless pre-Broadway productions at hometown theater (La Jolla Playhouse), and my fair share of community theater productions, I admit my expectations were minimal—and they were exceeded in a big way. (If you do go, don’t let summer fool you—bring or rent an afghan!)

Today we headed to Santa Barbara for lunch at Cold Spring Tavern. Located on the old stagecoach route—aptly named Stagecoach Road—this stopover used to be known as the “Cold Spring Relay Station.” It relayed food and water to both two- and four-legged travelers on the long journey between Northern and Southern California.

This is one of those places that could rudely slap down mediocre food and a hefty tab on your table and remain in business based solely on its novelty. But, the owner, who made a point to visit every table, decided he wanted something better than that. The buffalo burger and barbecued tri-tip sandwich were further proof of his honorable goal of keeping the spirit of this relay station alive and well.

The day ended perfectly with an ice cold lemonade at the Roots 246 bar back in downtown Solvang, a nap on top of my patchwork quilt, a popcorn dinner, and an hour-and-a-half of unrestrained laughter courtesy of Steve Carrell in Dinner For Schmucks.

This morning we cheated on “The Office” and ate Belgian waffles and blintzes at The Belgian Cafe. As usual, the idea of cheating is far more appealing than the actual experience. We all felt let down—the food was no better and the prices were higher. And, we all missed being treated like regulars.

Next stop was Mission Santa Ines, just in time for Sunday mass. This small mission, founded in 1804 by Father Estevan Tapis, is the 19th link in the chain of 21 California coastal missions. It was named after Saint Agnes, a young woman martyred after being forced into prostitution in the fourth century AD.

Today, the church serves 1,000 local families and houses several religious treasures including vestments, four bells, six manuscripts, and various paintings and statues. After breaking away from mass, we wandered around the grounds, soaked up the view of the Santa Ynez River Valley, and strolled down the Walk of Crosses and through several “hidden” gardens. 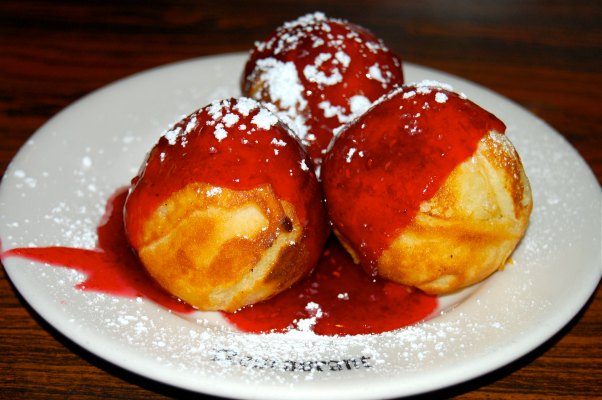 Fortunately my friend and I are both genetic anomalies—women who don’t like to shop. We bypassed the tourist boutiques, opting for a sugar high instead.

Solvang Restaurant is the only place in town where you can get the infamous “aebleskiver.” Sort of a doughnut, sort of a pancake, sort of like cake, most definitely delicious, the Solvang Visitor’s Guide describes aeblesivers as “light and airy pancake balls dusted with powdered sugar and served with raspberry jam.”

Be warned—the sugar high lasts about 1.5 hours and you best make sure you have a soft place to fall when you come crashing down.

Next, we followed the signs toward the Elverhoj Museum of History & Art. (Pronounced “elverhoy”). We walked…and walked…out of town into the adjacent residential neighborhood. Just when we thought we may have taken a wrong turn, we found the tiny museum and art gallery.

It is housed in the former home of the Danish painter and sculptor, Viggo Brandt-Erichsen, and his wife, Martha Mott, who designed it to resemble a traditional Scandanavian farmhouse. Completed in 1950, and renovated in 1987, it was opened to the public in 1988.

I seldom visit museums. When I do, it’s usually out of a sense of “I should.” I’m enthralled by history, so “I should” enjoy them. “I should” be motivated to read every last placard. I “should, should, should, but I don’t and I’m not. But, this one was a pleasant surprise.

The first thing I appreciated was the pay-as-you-wish entrance fee. Each visitor donates the amount that correlates with their own personal experience. (I put $5 in the jar.) The second thing I appreciated was the “living exhibit”—a demonstration of the intricate tradition of Danish lace-making that caused many a Danish woman to go blind. I spent 30 pleasant minutes at the Elverhoj Museum—and, definitely got my $5.00 worth.

It would just be “sideways” (wink) not to visit a winery while in the Santa Ynez Valley. We arrived at Firestone Winery just in time for the complimentary tour. On this short tour, you are guided from the vines through the bottling process and conveniently end up in the tasting room.

Not being wine connoisseurs, we left after a couple of tastings and walked next door to Family Farm #6—Silverspring Alpacas—where we hung out with a couple cuties.

Day 5—Back Home with a Quirky Souvenir

After one last breakfast as a regular, I made my way to Family Farm #7—Ostrich Land—to buy a quirky souvenir for my kids. For $30.00, I got a ginormous egg (about 8” x 5”), a skewer, and instructions on how to blow out the insides without destroying the shell. I’m sure my family will enjoy the show—and, hopefully, the pile of scrambled eggs that follows!

I enjoyed the much shorter train ride back to San Diego, which gave me just enough time ponder the lessons learned on this wander: